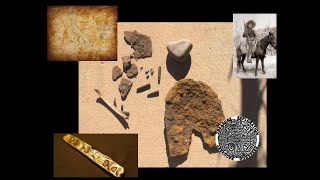 A Native Ute story of a Spanish gold cache left from a battle. Hidden in the mountains of Utah this gold remains to be found by a lucky treasure hunter! A found Spanish silver cache worth over 3 million is also discussed.

To keep this channel going please consider buying some logo Tees, mugs or other merch here! Thanks for your support! https://teespring.com/stores/my-store-10188052
https://viralstyle.com/Azdesigns/things-that-dont-add-up-reflects-the-vi