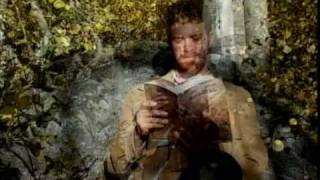 “Golden Rhoades” – the Historical Hunt for the Legendary Lost Rhoades Mines. This film superbly documents the epic search and potential discovery of one of the largest hidden treasures in America. A secret cache believed by many to contain a wealth of gold and natural resources; it has been suggested that the mines may contain an abundance of riches that could cover the national debt. The Rhoades Mines’ protected location is believed (speculated) to have been provided to the Mormon church by the Ute Indians in order for the church to survive its difficult pioneering into Utah. The film delves into the myth, fact, and fiction surrounding an amazing tale of adventure, treasure maps, mysterious deaths, and intriguing characters. It provides details and clues to the mines that have eluded thousands of prospectors for over one hundred and fifty years. The film was shot (much in confidential locations) throughout the vast Ute Indian Territory and surrounding Utah Rocky Mountains. (watch all 10 consecutive clips of this exclusive special full length feature documentary release).

Posted in Utah and tagged hidden treasure mine utah